Call to make an appointment today!

Eye care professionals specialize in understanding how the human eye really works, as well as diseases and conditions that affect your vision—many of which do not always have obvious symptoms. Eye doctors know how age and risk factors affect vision over time for young and old, and they understand the benefits and features of corrective lenses, both as eyeglass lenses and contact lenses.

Our optometrists take the time to explain the results of your eye exam, describe your options and listen to your eye care needs. Because maintaining good eye health is an ongoing partnership, we encourage you to ask questions and share your health information, which could be vital to monitoring, diagnosing and treating potential vision problems. 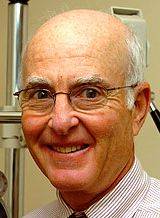 Dr.Grayson received his Bachelor of Science degree from Parsons College in 1967 and his Doctor of Optometry degree from Pennsylvania College of Optometry in 1971. Most recently, Dr. Grayson become one the first Board Certified Optometrist in the United States. The certification, which was administerd in the December 2011, demonstrates that Dr. Grayson is dedicated to keeping current in the field of optometry and delivering quality patient care. He joined in a practice with Dr. Lapidow in 1975 and it became what is now known as EyeCare of Vermont. Dr. Grayson completed an internship in Visual Training at the Optometric Center of New York as well as an internship in Children's Vision at the Gessel Institute of Child Development. Dr. Grayson is a member of the American Optometric Association, Contact Lens Section, and the Vermont Optometric Association. He currently resides in Shelburne Vermont with his wife Jane. His daughter, Erica Diguglielmo, practices dentistry in Essex Junction, VT. 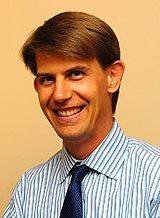 Dr. Eriksson joined EyeCare of Vermont in 1995. He received his Bachelor of Science from the University of New Hampshire in 1990 and his Doctor of Optometry from the New England College of Optometry in 1994. Dr. Eriksson had an internship at the Portland OR VA Clinic specializing in low vision rehabilitation. He has also provided care at the Dorchester House in Boston and practiced medical optometrics at the Eye Foundation of Utah. Dr. Eriksson is a member of the American Optometric Association, Low Vision Section, and the Vermont Optometric Association. He resides in Richmond with his wife Lisa and their three sons, Jake, Max, and Kurt. 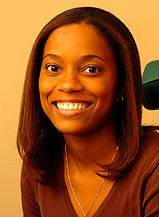 Dr. Phillip joined EyeCare of Vermont in 2005. She earned her Bachelor of Science degree from Dalhousie University Halifax Nova Scotia Canada in 2001. She later received her Doc. of Optometry degree from Indiana University School of Optometry in 2005. 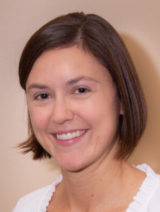 Rebecca Busier joined Eyecare of Vermont in 2007. In 2003 she received a Bachelor of Science from Lehigh University in Bethlehem, PA. She attended optometry school at The New England College of Optometry and graduated in 2007. Dr. Busier is a member of the AOA and VOA.

She currently resides in Hinesburg with her husband Kyle and their children, Ramsey and Chloe. 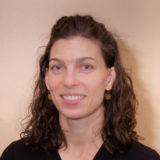 Originally from Quebec, she is happy to work with our French-speaking patients.

She currently resides in Burlington and is an avid skier and mountain biker.